Container ships, in a technique called containerization, are cargo ships carrying all their load in intermodal truck-sized containers. They are a common means of intermodal commercial freight transport and now carry most non-bulk seagoing freight.

Container Ships are loaded by a trucking company and then taken to the port. Based on major factors such as container weight and off-load terminal, it is necessary to place each container in its correct position on the ship. As the largest commercial seaborne vessels, container ships now rival crude oil tankers and bulk carriers.

Container size is measured in 20-foot equivalent units (TEUs). Typical loads are a mix of ISO-standard 20-foot and 40-foot (2-TEU) containers, predominantly the latter. Two major general categories ship the cargo. General cargo is unitized in any quantity while the bulk cargo is loose. General cargo can be divided into three categories: a bulk break.

Ef þú ert að leita að sömu líkaninu þá endaðu leitina hjá okkur. FlatPyramid is providing high detailed 3D models in various file formats that can be easily downloaded from our website. You can use the 3D model in different projects such as animation, games, virtual architectural structure, 3D movie or any other project. This model can also be used for a variety of purposes such as drawing, animated movies, projects, educational intent, filmmaking, and much more, the model is perfect for you. 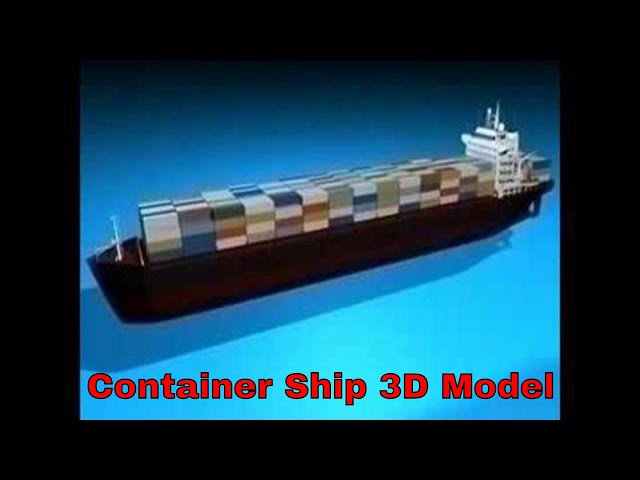